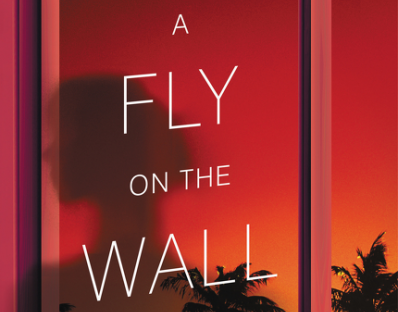 I had a lot of mixed feelings about his book because I really liked most of the characters, the chemistry, the natural flirtation, the humor and brutally honest elements of this book came across beautifully. I found big portions of what Kylie and Jacques thought and said resonated with thoughts I’ve had or similar to how I might react in certain circumstances.

The intriguing and shrouded method that the writer uses when describing Jacques’ visions and dreams were really engrossing and effective. It made me believe Jacques was truly clairvoyant and moved by how affected by others’ energies and presences he was in this book. I could not imagine being as young as he was experiencing spirits or having the visions or dreams that he had.

The biggest issue I had while reading this book was the way the author seemed to gloss over and breeze through some of the key emotional beats for Kylie’s character which were possibly the stronger areas for her character’s true development. As it was both unnatural and a mentally unhealthy for her character to be so passive about the relationship she had with her ex (if you want to call it that) Breeze and the broken relationship Kylie had with her mother.

Something I don’t think most would get just by looking at this book is that some of the content is a lot darker and heavier than they might imagine, particularly with Kylie’s story and her background.

Likewise, Kylie and Jacques’ orbits regarding their pasts really didn’t pick up until after the midpoint and by that time, I was confused about their connection because Kylie had done most of the work on her own without him. I didn’t see this as a bad or negative thing because I liked getting to know each of them separately, but I was expecting them to interact more in the first half.

With that being said, this book was a really easy read and I respected how true to themselves the main characters were. No one is perfect and as much as Kylie or Jacques had to say about those around them at any given point, the two were always honest about their own issues and faults.

They also had pretty good chemistry with each other (and others, if you get what I mean). The two go through a lot before finding their way to each other, but I think that is something other readers will appreciate.

If two of the big emotional reveals had been given more time to be processed by the characters in this book and the reader, I would have given it a higher rating.

About The Author:  Simone Kelly, CEO of Own Your Power® Communications, Inc., is an author, internet radio host & producer, holistic business, and intuitive life coach. Her previous books include a self-help book on marketing called, Jack of All Trades, Master of None?Her second book is a novel entitled At Second Glancethat has set the stage for the smart and sexy Like A Fly on the Wall. It is now part of a two-book deal with William Marrow/Harper Collins and will be released Spring 2017. She currently resides in Hollywood, Florida.

To find out more about Simone, visit her website.

I know it has been a really long time. Thanks so much for stopping by. Be sure to check out the rest of the tour here. 🙂

One thought on “Like A Fly On The Wall By: Simone Kelly | Book Review”