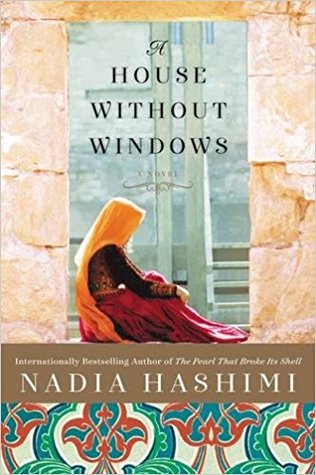 A vivid, unforgettable story of an unlikely sisterhood—an emotionally powerful and haunting tale of friendship that illuminates the plight of women in a traditional culture—from the author of the bestselling The Pearl That Broke Its Shell and When the Moon Is Low.

For two decades, Zeba was a loving wife, a patient mother, and a peaceful villager. But her quiet life is shattered when her husband, Kamal, is found brutally murdered with a hatchet in the courtyard of their home. Nearly catatonic with shock, Zeba is unable to account for her whereabouts at the time of his death. Her children swear their mother could not have committed such a heinous act. Kamal’s family is sure she did, and demands justice.

Barely escaping a vengeful mob, Zeba is arrested and jailed. As Zeba awaits trial, she meets a group of women whose own misfortunes have also led them to these bleak cells: thirty-year-old Nafisa, imprisoned to protect her from an honor killing; twenty-five-year-old Latifa, who ran away from home with her teenage sister but now stays in the prison because it is safe shelter; and nineteen-year-old Mezhgan, pregnant and unmarried, waiting for her lover’s family to ask for her hand in marriage. Is Zeba a cold-blooded killer, these young women wonder, or has she been imprisoned, as they have been, for breaking some social rule? For these women, the prison is both a haven and a punishment. Removed from the harsh and unforgiving world outside, they form a lively and indelible sisterhood.

Into this closed world comes Yusuf, Zeba’s Afghan-born, American-raised lawyer, whose commitment to human rights and desire to help his motherland have brought him back. With the fate of this seemingly ordinary housewife in his hands, Yusuf discovers that, like Afghanistan itself, his client may not be at all what he imagines.

A moving look at the lives of modern Afghan women, A House Without Windows is astonishing, frightening, and triumphant.

The haunting, yet compelling progression of this story and the secrets surrounding Zeba, her family and her case made this book hard to put down. From the amount of immoral and sexist prejudice that the women in this book had to face, to the amount of religious merit and patriarchal dominance that smothered the backward legal system.

To the normalcy infused in the community when it came to jailing, persecuting and killing women with as much a mere whisper. Each page turn had me fearing for Zeba’s well-being and whether or not the truth about her husband would ever be revealed.

With that said, the author only made me love the strong, smart and willful women in Zeba’s life like those innocent and guilty alongside her in Chil Mahtab and the cunning, powerful spirit and presence of her mother, Gulnaz.

Besides seeing the change in Zeba’s character while in jail as she is forced to reexamine her life with her mother as a child and her life with her late husband, I really enjoyed Gulnaz’s character and the role she plays in helping her daughter to embrace her jadu gifts as well as the lengths she goes through to support her family even when a person from her past resurfaces.

Even with her innocence and the level of involvement she had in her husband’s death obscured in secrets, I never felt any negative or mischievous feelings toward Zeba’s character while reading this book.

I think readers will enjoy this book for the honest portrayal of how most modern day Afghan woman are treated, as well as the strong and open approach towards a positive, albeit small, margarine of women empowerment throughout this book.

Although she was away from her children, Zeba’s imprisonment seemed to liberate her and the other women trapped in Chil Mahtab in a way. Though it was clear that Yusuf’s character was nowhere near being prepared to handle Zeba’s case or the cultural customs that his life in America have erased from his consciousness, his dedication to her case was wonderful. Overall, this book was thought provoking, subtly intense, character driven and a thrill to read from start to finish.

Nadia Hashimi was born and raised in New York and New Jersey. Both her parents were born in Afghanistan and left in the early 1970s, before the Soviet invasion. In 2002, Nadia made her first trip to Afghanistan with her parents. She is a pediatrician and lives with her family in the Washington, DC, suburbs.

Thank you so much for stopping by and checking out my review for A House Without Windows.
Until the next post,
Gia.