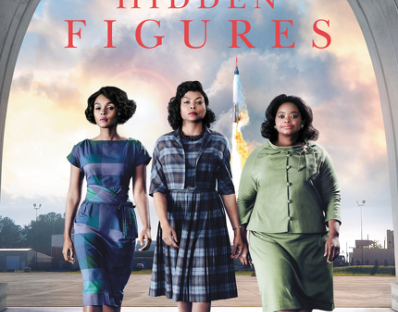 Before John Glenn orbited the earth, or Neil Armstrong walked on the moon, a group of dedicated female mathematicians known as “human computers” used pencils, slide rules and adding machines to calculate the numbers that would launch rockets, and astronauts, into space.

Among these problem-solvers were a group of exceptionally talented African American women, some of the brightest minds of their generation. Originally relegated to teaching math in the South’s segregated public schools, they were called into service during the labor shortages of World War II, when America’s aeronautics industry was in dire need of anyone who had the right stuff. Suddenly, these overlooked math whizzes had a shot at jobs worthy of their skills, and they answered Uncle Sam’s call, moving to Hampton, Virginia and the fascinating, high-energy world of the Langley Memorial Aeronautical Laboratory.

Even as Virginia’s Jim Crow laws required them to be segregated from their white counterparts, the women of Langley’s all-black “West Computing” group helped America achieve one of the things it desired most: a decisive victory over the Soviet Union in the Cold War, and complete domination of the heavens.

Starting in World War II and moving through to the Cold War, the Civil Rights Movement and the Space Race, Hidden Figures follows the interwoven accounts of Dorothy Vaughan, Mary Jackson, Katherine Johnson and Christine Darden, four African American women who participated in some of NASA’s greatest successes. It chronicles their careers over nearly three decades they faced challenges, forged alliances and used their intellect to change their own lives, and their country’s future.

The premise of this book was enough to excite me to discover some hidden truth about America’s past, yet I cannot begin to express the level of astonishment or shock that I experienced while I read this book. It opened my eyes to a number of different issues and topics I thought I already knew as well a great deal of new information I didn’t.

Something Margot Lee Shetterly mentions in the book’s prologue that I found to hold more significance the further I got into the book. It had to do with a question she was asked several times during the early days of her research in regard to the “magnitude” of the stories she’d plan to cover in her book.

A small and simple question that at first glance wouldn’t or shouldn’t warrant any kind of reexamination or even a second thought. However, when it is taken into consideration, larger books and more books have been written and published centered solely on a single (male) individual. And those books, over the years, steadily continue to tell the same tale over and over again.

I find that even if Shetterly had not collected the number of names for the women in this book, their stories were not only needed, but deserved to be told. Shetterly not only brings to light the importance and impact these talented and inspiring women had at such a pivotal point in American history, but she opens another door on the otherwise prescribed notion that the most significant moments in our country’s history only involved men.

The persistence, talent, passion, gumption, “brains” and inspiration Dorothy, Katherine, Mary and Christine emulated throughout their lives and careers was beyond motivating and inspirational. Their stories captivated me until the very end of this book as I found I was able to take so much from reading about their paths.

From the segregated “West Computing” lab at Langley to NASA, even if the progression took more than twenty years. If I have taken anything from this book, at the very least, it would be to remember to stay true to oneself, follow what I believe in, no matter how difficult the journey. Above all, to never be comfortable with settling into a less challenging or expected role.

What’s more, some of the most fascinating aspects in this book were the ways in which the author presented the parallels in regard to the double standard America practiced vs. what they preached; to the wrong and intolerable treatment and tyranny abroad in WWII while comfortably ignoring the shameful behavior it was subjecting the African-American people too.

Moreover, I found it fascinating that the true spurring of interracial ingratiation in society was greatly powered by the nation’s desire to “outrun” Russia to space as it became abundantly clear, from the government perspective that America needed more “brains,” in addition to the more obvious fact that Russia still had something they didn’t—unity.

Overall, this book was insightful, inspiring, informative, engaging and thought provoking. Although this was just a snapshot of a handful of pioneering women, coming across their lives and incredible careers have given me a greater appreciation for not only the work they did, but for the stereotypes, prejudices and misconceptions they helped destroy.

Margot Lee Shetterly grew up in Hampton, Virginia, where she knew many of the women in Hidden Figures. She is an Alfred P. Sloan Foundation Fellow and the recipient of a Virginia Foundation for the Humanities grant for her research on women in computing. She lives in Charlottesville, Virginia.

Thank you so much for checking out my review. I really enjoyed this book and I hope you will too ^_^. You can follow the rest of the tour here.
Until the next post,
Gia.