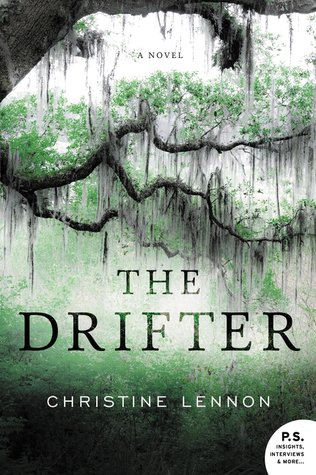 Megan Abbott meets M.O. Walsh in Christine Lennon’s compelling debut novel about a group of friends on the cusp of graduating from college when their lives are irrevocably changed by a brutal act of violence.

For two decades, Elizabeth has tried to escape the ghosts of her past…tried to erase the painful memories…tried to keep out the terrifying nightmares. But twenty years after graduating from the University of Florida, her carefully curated life begins to unravel, forcing her to confront the past she’s tried so hard to forget.

Elizabeth and her two closest friends, Caroline and Ginny, are having the time of their lives in college—binge watching Oprah, flirting for freebies from Taco Bell, and breaking hearts along the way. But without warning, their world is suddenly shattered when a series of horrific acts of violence ravage the campus, changing their lives forever.

Sweeping readers from the exclusive corners of sorority life in the South to the frontlines of the drug-fueled, slacker culture in Manhattan in the ‘90s and early ‘00s, when Elizabeth is forced to acknowledge her role in the death of a friend in order to mend a broken friendship and save her own life, The Drifter is an unforgettable story about the complexities of friendships and the secrets that can ultimately destroy us.

I was excited for this book because I was expecting a sort of murder mystery, suspenseful, dramatic thriller story and a protagonist that I would get to read about fighting like hell to right an impossible wrong that cost a friend her life.
What I got was a book full of nostalgic memorabilia, a self indulgent and passive protagonist more worried about getting caught high than the possible well-being of a friend. At first I could understand the disconnection and feeling of being a loaner Betsy( aka Elizabeth) projects but as the story continued, it was clear that her main downfall was the fact that she cared too much about what others thought of her.
It’s twisted to wish that this book had a higher creep factor and maybe more life threatening situations, but the pace of this book was slow and I was disappointed with how easily or predictable the identity of the campus serial killer was.
Moreover, with Betsy(Elizabeth) more invested in the relationship she has with someone she barely knows than in the two closest friends/connections she has in Gainesville, her character is close to impossible to like or empathize with a third or so into the book. On top of the fact that her ‘guilt’ was so easily defused or forgotten once Gavin talked her down.
Besides the sorority details and the back and forth bickering and frienemies atmosphere between Betsy (Elizabeth) and Caroline, basically all of the secondary details and trailed off scenes in the book regarding the music, parties, landmarks, news etc. went over my head.
As most of this book is set in the 90s, and I was born in 1990, a lot of the time I had the feeling this book would be better suited for an older audience and readers who aren’t looking for a very immersive book.
The silver lining at end of this twenty year old tale was the eventual closure Betsy (Elizabeth) seems to gain when she finally confronts the past. I also like that Caroline and Betsy (Elizabeth) eventually settle the rift between them and connect on the similarities they weren’t aware that they had, but honestly there wasn’t much else about this book that left a huge impression on me.

CHRISTINE LENNON is a Los Angeles based writer. Before she moved to the West Coast and started her freelance career, she was an editor at W, Vogue, and Harper’s Bazaar. Since then, she has written for publications including, T, the New York Times Style Magazine; the Wall Street Journal; Town & Country; W; Vogue; Harper’s Bazaar; Martha Stewart Living; Sunset; C California Style; Marie Claire; Self; Net-a-Porter’s Porter and The Edit online magazine—among others. Christine lives in California with her husband, Andrew Reich, and their twins. The Drifter is her first book.

Thanks for stopping by to check out my review.

One thought on “The Drifter By: Christine Lennon | Book Review”