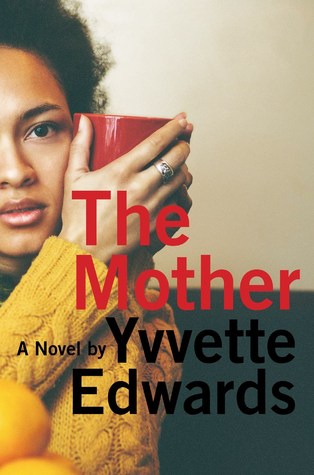 Though this book is set in the Britain, every single one of these themes mirror the social and political issues and critical topics of discussion we are having in the US today. I really think that readers will also appreciate Edwards fresh and genuine approach of a handling a story about two families of color, from different social classes, different backgrounds and different neighborhoods and, what some may see as, the juxtapositional manner in which we learn about the main characters.

Growing up, my family resembled Marcia’s almost exactly and while I could empathize with the Manley family—as my mother was a single parent with three children—I could not put any of my family members, or myself, in either Tyson or his mother’s shoes. Because I guess, as Marcia puts it, my mother loved us enough, cared enough to stay vigilant.

However, that observation may be a tad bit obscured by the wonderfully raw and unstifling emotional connection and vulnerability of the first person narrative that Edwards builds upon in this book.

It skillfully plays up the two major sides/effects of first person perspective: a direct closeness to the thoughts of the person telling the story and the undertone of doubt to the reliability and accuracy in which the order of events happen, and the emotions or reasons behind the other characters actions.

I really enjoyed the way the author uses the first person perspective to tell the narrative. With the way Marcia’s character unapologetically shifts blame and self proclaimed judgment toward those involved in the court case and her husband, Lloydie, it is almost immediately clear that the reader should take Marcia’s story with a bit of skepticism, at least in the beginning.

I commend Edwards for her in-depth exploration of a mother’s loss of a child and Marcia’s character for her ability to work through the void in her life left in the wake of her son’s death and her ability to regain a sense of purpose for her life following the trial.

With the social issues—racial stereotypes/stereotyping, proper parental structures/practices—the prejudices between classes and the consequences of random acts of violence that this book covers, paired with the steady rise of suspense and anticipation the pacing of this book provides, I think this is a book that everyone will and should be reading.

This is the first book I’ve read by Yvvette Edwards, but I am eager to get my hands on her other book,  A Cupboard Full of Coats to read this summer. 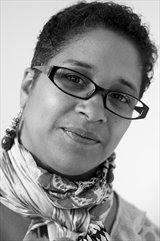 Yvvette Edwards, the author of the highly praised A Cupboard Full of Coats, has lived in London all her life. She resides in the East End and is married with three daughters and a stepson. The Mother is her second novel.

Thank you so much for reading, guys. I really enjoyed this book and I hope you all take the chance to pick it up yourselves.
Until the next post,
Gia.

9 thoughts on “The Mother by Yvvette Edwards Book Review”