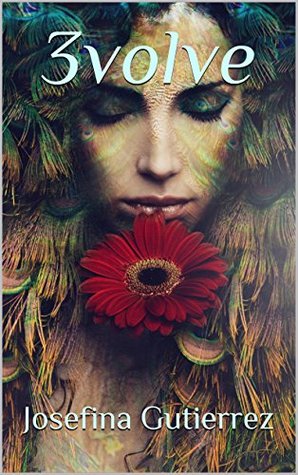 From author Josefina Gutierrez, of “The Shadow of Loss”, comes a new New-Adult contemporary love story.

I’m Cristal Escobedo, twenty-two years old and a former wild child who favors tequila far too much. But that all changed when life happened, and I ended up being responsible for my younger brothers. To top it all off, I think I’m falling in love with my best friend—dammit.

This is my not-so-happy story of how I grew up and got my shit together. My story isn’t filled with a bunch of pretty analogies or hyperboles. The people are real, the hurt is deep, and the love is complicated. People are flawed in the ways that matter; it’s what makes us human.

I’ve never claimed to have it all together. I never knew what I wanted to be when I grew up. I was roaming through life high and excited for the unexpected. I love my family, my parents, my brothers, my friends, but their love was never enough to save me from myself. My self-destructive way, how I always kept ruining the best things I didn’t know I even had.

I’m Cristal Escobedo a twenty-two year old, former wild child, and this is my not-so-happy story of how I grew up and got my shit together. It isn’t filled with a bunch of pretty analogies or hyperboles. The people are real, the hurt runs deep, and the love is complicated. People are flawed in the ways that matter; it’s what makes us human. If you want a sugarcoated story, look to someone other than me.

There were aspects about this book that I truly did love i.e. the main concept of Cris having to face being an adult after the loss of her parents and take care of her younger brothers. I really liked this and I enjoyed watching Cris reconnect with her little germs. It was incredibly endearing to watch all of them grapple with the loss.

Cris’ friends Charlie and Vanessa were amazing. Honestly, the best support system Cris could have had in her life during such a difficult time. Not to say that having the support made the situation less difficult or easier to come to terms with but it was clear that their support helped Cris to get her bearings.

Cris’ character comes across as your average 20-something individual whose still trying to not only figure out life after college (*cough* guilty *cough*) but life in general while trying to stay positive and move forward in the wake of a tragedy. I also liked that throughout the book she keeps her sense of humor as her character matures.

The not so strong points for me. (Spoilers)

The development of Charlie and Cris’ romance, the vagueness of Cris’s parents’ car crash and Cris’ photography background were the main points that did not work for me in this book because they did not seem to flow seamlessly within the rest of the narrative.

I adored Charlie’s character and him as Cris’ friend. It was clear that he loved her at the very beginning, but the progression of their relationship often seemed to be in the front seat while the important aspect, Cris raising and getting to know her brothers, was in the back seat. I would have preferred it if their relationship had a slower build up because it seemed to happen immediately after her parents death.

Likewise, I did not really understand Cris’ frustration over Charlie being given Power of Attorney over her parents case; wasn’t it a good thing that he was looking into it? Moreover, even with Power of Attorney, it seemed odd that Charlie kept the case from her for so long as it only gives him the right to act in Cris’ parents place during the case. She is still their immediate family and legally (as I understand it) had the right to be notified of the case being pursued.

Furthermore, it seemed as though this plot point was only meant to act as a springboard to conflict for Charlie and Cris’ relationship, rather than it actually being about her parents because the details were so vague.

I loved the idea of Cris being into photography and that Evey from Shadow of A Loss has a cameo in this book, but I felt that this snippet into Cris’s past surfaced too late in the book so it felt rushed. I would have loved to have seen Cris’ character show or talk about her passion for photography and watched as she rediscovered that part of herself throughout the story rather than just at the end as I was interested in why she may have stopped.

Josefina Gutierrez is a Young Adult eBook author, who resides in San Antonio. Josefina writes Young Adult Multicultural, Sci-Fi, and Fantasy literature in her free time when she’s not embarking on adventures with her son and gnomes Fitzgerald and Bartholomew. Her current projects in the works are a Fantasy dystopian series, a Mystery-Thriller eBook, and New-Adult Contemporary Romance.

As always, thank you for taking the time to read.

One thought on “Book Review: 3volve by Josefina Gutierrez”