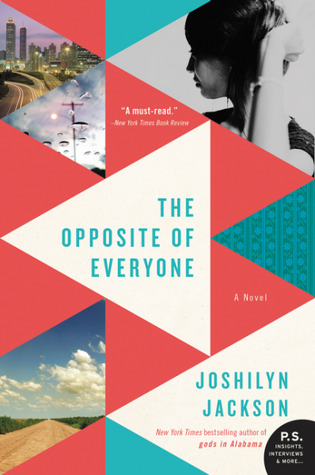 A fiercely independent divorce lawyer learns the power of family and connection when she receives a cryptic message from her estranged mother in this bittersweet, witty novel from the nationally bestselling author ofSomeone Else’s Love Story and gods in Alabama—an emotionally resonant tale about the endurance of love and the power of stories to shape and transform our lives.

Born in Alabama, Paula Vauss spent the first decade of her life on the road with her free-spirited young mother, Kai, an itinerant storyteller who blended Hindu mythology with southern oral tradition to re-invent their history as they roved. But everything, including Paula’s birth name Kali Jai, changed when she told a story of her own—one that landed Kai in prison and Paula in foster care. Separated, each holding secrets of her own, the intense bond they once shared was fractured.

These days, Paula has reincarnated herself as a tough-as-nails divorce attorney with a successful practice in Atlanta. While she hasn’t seen Kai in fifteen years, she’s still making payments on that Karmic debt—until the day her last check is returned in the mail, along with a mysterious note: “I am going on a journey, Kali. I am going back to my beginning; death is not the end. You will be the end. We will meet again, and there will be new stories. You know how Karma works.”

Then Kai’s most treasured secret literally lands on Paula’s doorstep, throwing her life into chaos and transforming her from only child to older sister. Desperate to find her mother before it’s too late, Paula sets off on a journey of discovery that will take her back to the past and into the deepest recesses of her heart. With the help of her ex-lover Birdwine, an intrepid and emotionally volatile private eye who still carries a torch for her, this brilliant woman, an expert at wrecking families, now has to figure out how to put one back together—her own.

The Opposite of Everyone is a story about story itself, how the tales we tell connect us, break us, and define us, and how the endings and beginnings we choose can destroy us . . . and make us whole. Laced with sharp humor and poignant insight, it is beloved New York Times bestselling author Joshilyn Jackson at her very best.

The best thing about this book I think was the fact that the author builds the story around this layered-retelling method in a first person perspective narrative. Paula “Kali Jai” Vauss, is a sharp-minded cynic, cut-throat lawyer, who’s bone-crushingly honest, a realist, and smart who immediately made it onto my favorite character list.

With the back and forth Paula experienced growing up, and Birdwine’s (the on/off, lover, friend/confidant, Personal Private Detective) own hidden secret, I was surprised that at how Paula’s character originally viewed their dynamic and at how long it took for her to fully acknowledge their connection.

Putting aside all of Paula’s spunk and sassy, the reader will quickly realize how damaged and flawed her character is and with the re-visiting and unearthing of her life with Kai, we see that Paula suppers from a kind of tunnel vision, like most of us, as each un-turned stone of the past is lifted.

As each chapter intertwines with Paula’s preset day self and the Kali Jai of her childhood and a “long time ago, but it’s still happening now…”, the reader gets a pretty well-rounded picture of how Paula became the person she is when we first meet her and it better illuminates the importance of the process of hunting down her mother and her past.

This book was indeed fun to read with pretty good pacing, but the magnitude of drama and narrative twists did not seem to fully drive me with a great amount of excitement to plunder through each chapter.

So I wasn’t entirely filled with reader-hunger for more than I was just curious about how Paula gained closure with her mother and the hidden secrets she discovered along the way.

Whats more, I was a bit disappointed in the fact that with all of the digging and answers Paula discovers about her mother and their past that she is never able to confirm or locate the other half of her murky lineage as a biracial character. It is mention and made reference to several times, yet the topic is never delved into any further.

Overall, I did feel as thought Paula’s character evolved and the author addressed the most important questions in the narrative and I was satisfied with full circle ending The Opposite Of Everyone provides. I’d recommend this book to anyone who likes Contemporary Fiction/Romances novels infused with self-discovery and reconnecting with family ties with a subtle hint of a mystery element.

Joshilyn Jackson is the New York Times bestselling author of six previous novels, including gods in Alabama, A Grown-Up Kind of Pretty, and Someone Else’s Love Story. Her books have been translated into a dozen languages. A former actor, she is also an award-winning audiobook narrator. She lives in Decatur, Georgia, with her husband and their two children.

Thank you so much for checking out my review.
Until the next post,
Gia.

4 thoughts on “The Opposite Of Everyone by: Joshilyn Jackson Book Review”