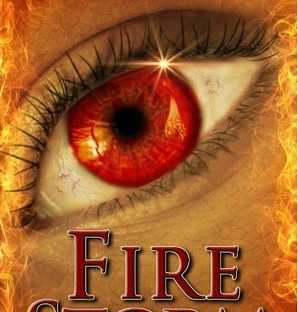 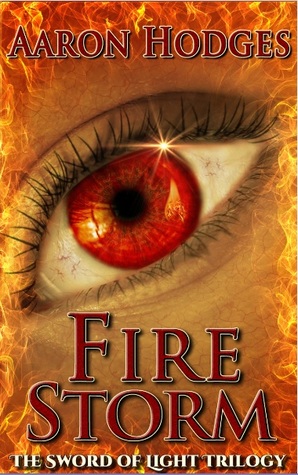 Earlier this year, I did a review for Stormwielder, book one of The Sword Of Light Trilogy, so when I was contacted by the author for the opportunity to review the audiobook version of the second book, Firestorm, of course, I jumped at the chance. Firestorm picks up immediately after where book one last left off, following Eric and his team’s bittersweet victory of finally locating the sole surviving descendant of Aria, Enala, but at a great cost for all of them.

This small victory seems to dim in the realization that the growing darkness unleashed by Archon and his followers is only just the beginning and is more deeply rooted in the hearts and minds of once thought to be trusted allies then any of them realized.

And with a soul stealing, possessed, zombie-demon-king in hot pursuit, Enala, Eric and their small team struggle even more to get to the Sword Of Light in time once they’re forced apart.

And with the gods gone, it makes the narrative seem and feel even darker as their world begins to crumble around them in this foreboding wave of darkness. I think what I liked the most about this book was the way in which Eric takes lead on his mission which much less reservation or hesitation.

In comparison to Stormwielder, his maturity and character growth is apparent. I also really liked that this book is essentially Enala’s story with some noticeable parallels to Eric’s story as the reader sees her come into her own and learn a few hidden truths about herself she never knew before.

Lastly, I loved seeing Gabriel’s path of redemption of sorts in Firestorm, as his character finally begins to works his way through his pain and grief since Oaksville and starts to make amends with Eric. I did have a few questions regarding the details behind Eric’s history revealed in this book and his connection to the sword, as it opens up a few questions about other possible wielders.

Overall, I found that I liked this book a bit better than the first. Having this book as an audiobook this time around also made the story a bit more exciting. The narrator’s baritone/alto voice was perfectly suited for this story filled with magic, demons and gods. The pacing was easy and I never felt lost or distracted listening to the story and it was easy to get sucked into. I can’t wait to see what happens in the final book of this trilogy.

Thank you so much for stopping by and checking out my review.