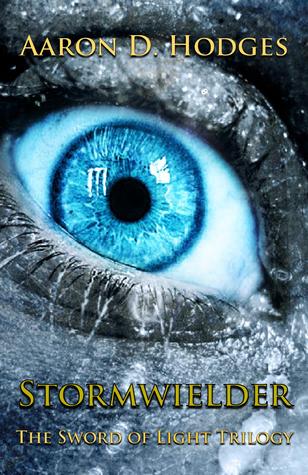 A few things I really liked the most about this book were Alistair’s character, the magic elements and Archon, who is consequently the bad guy (but I have a reason for it). The main thing these three points have in common with each other were their consistency throughout the book. Alistair’s character seemed to take on the role of the father-figure, mentor and hero in the book. He was truly a force to be reckoned with; kind of reminded me of a Merlin-type character and I loved the bond he and Eric shared in this book. I also liked that the further I got into the book, the more the story revealed about the world and how those with magic are connected to it.

I even liked the parts with Archon’s character (up until the last quarter of the book) who had a clear presence and motive in the book that was easy to follow. His darkness truly came across as something to be feared as it was unwavering and forever progressive (always a step or two behind the heroes). In fact, I liked the initial set-up the book has with Gabriel and the shadow-wolf and I was hoping for a payoff confrontation with Eric, but that never happened.

Which leads to my slight disappointment of the lukewarm ending. That and the ungodlike Gods in the book, i.e. Antonia, who more or less came across as being upper-level Magicker humans rather than Gods. However, I think the biggest attribute the story offered was perseverance as above all else and against all the odds, sheer will power (and faith) has kept Antonia, Jurrien, Alistair and all the people of the three nations fighting against Archon’s dark, cruel power for centuries.

Although I still had a handful of questions by the end of this book, I think Stormwielder does a great job of setting up the world of the three nations, its history and the dark path the main characters are set to face in the next two books. I also have a few predictions about Eric and Enala’s future and possibly an answer to the disappearance of Darius.

This book is content heavy, but if you are a Lord of The Rings fan or like magic, monsters, beasts conjured by dark magic, dragons and earth-walking Gods, then this is the book for you.

Aaron Hodges was born in 1989 in the small town of Whakatane, New Zealand. He studied for five years at the University of Auckland, completing a Bachelor’s of Science in Biology and Geography, and a Masters of Environmental Engineering. After working as an environmental consultant for two years, he now spends his time traveling the world in search of his next adventure.