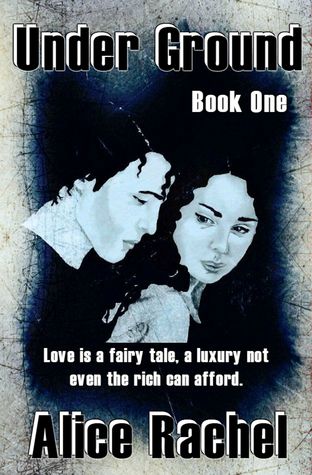 Overall, I gave this book a 3.8 stars rating based on the level of relatability to the narrative and the good amount of world building/societal restrictions and expectations the author put into this book. Also, since this book was fairly long, I’d just like to focus on my specific thought about the main characters, Thia and Chi, the world they live in, their relationship and how some of the topics in this book mirror reality.

The main character, Thia knows the patriarchal world she lives in is wrong and just underneath the surface she’s screaming to get out of the life she’s been born into. She is very much a girl on the cusps of breaking in a way.

I’m not usually a fan of first person, but it was one of the things I liked about this book. The author did a great job of expressing Thia’s awareness, nervousness and desire to truly have her own voice and make her own decisions about her life and the future she wanted in this dystopian world.

At times, almost immediately in fact, I starting to think this book as an almost poster bored story for feminism and I could really empathize with Thia and the other girls like her in this book. They are forced to be treated as items on a shelf who had to wait to be chosen and in constant fear of being rejected whenever by their potential husbands.

At first, Chi’s character came off as kind of cocky and I was worried I liked Thia’s soon to be husband more than him. As the story went on, I liked that the reader gets to see that underneath his calm, cool and charm-oozing demeanor there is actually a really nice guy who is desperate to get his family back and have the life that was stolen from them.

He goes on because he has too in a way and it’s clear that Chi takes on this role of an martyr in a way. He carries the guilt of being the second-born son in such a strict reproduction/population restricted society.

As I said, the story seemed like the poster child for feminism, wrapped up in this extreme patriarchal blanket, but it also reminded me of the “One-Child” policy (recently revised to the “Two-Child” policy) in China specifically when it came to Chi’s backstory.

Although I found some of the plot points to be a bit predictable and over used when it came to some of the character’s backstory, which I found disappointing because of the strong social class, corruption and patriarchal dominance issues the book touched on.

I liked that the book promotes a love-story in a loveless society. The fact that Chi’s (born and raised out of love) character remains open and honest with Thia (who’s always wanted to know what falling or being in love was like), which allows their connection/feelings to develop naturally.

I also liked that this book did not just focus on the relationship between Chi and Thia, but on them trying to track down Chi’s parents and rebelling against the broken social/class system with the Underground. This is a good book to read in general, but I’d recommend giving yourself a good week to finish it—it’s a bit on the long side.

AUTHOR BIO:
Alice Rachel is the author of the YA Dystopian ROMANCE SERIES “Under Ground.” Originally from France, Alice Rachel moved to the United States ten years ago to live with her husband, and she now also shares her home with two really old foster guinea pigs.  Alice enjoys books of all kinds and more specifically those introducing well-written antagonists and complex protagonists. Alice also loves to draw her own book characters. The first book of her series “Under Ground” came out in October 2015, and the sequel will be out later this year.  Alice loves to interact with all readers, so feel free to send her a Tweet.
Author links:
Goodreads | Facebook | Twitter | Website
Giveaway Info:
Tour-wide giveaway (INTL)