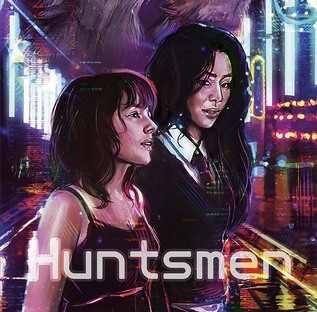 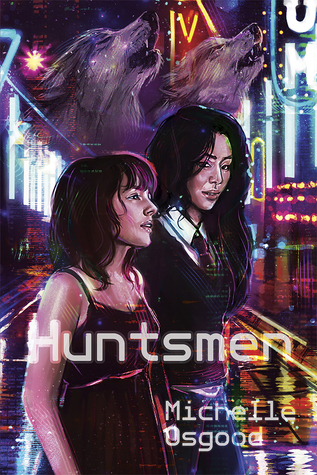 She couldn’t imagine a future without a pack… could she?

“You can’t come back here.”

Confronted by an upheld palm, Kiara halted at the stairs that led backstage.

“This area is for performers only.” The Latina woman’s face was set in bored lines; her yellow shirt identified her as one of the club’s staff. Clearly it was not the first time she’d turned someone away that night.

“Hun, I don’t care if you’re meeting Evan Rachel Wood herself. Performer’s only.” The woman enunciated the last part without managing to pull her attention from the room behind Kiara.

The prickling behind Kiara’s eyes mounted and was echoed in the flesh of her gums.

“Maria, hey.” Ryn pushed back the black curtain. “Come on, let her through.”

“Tar—” Reluctance was heavy in the woman’s voice. “You know I’m not supposed to.”

“I won’t tell if you won’t, ‘kay? This is my girlfriend. We won’t cause any trouble. Promise.” Ryn held out her hand past Maria.

Kiara placed her hand in Ryn’s and plastered a smile across her face. “I’ll be good.” She added a flutter of her eyelashes and coaxed a blush to her cheeks. Ryn’s skin was hot under her palm. Touching Ryn had always felt like touching the sun.

“You’d better be,” Maria warned as she stepped aside and let Kiara through.

“Thank you.” Ryn winked at Maria, and Kiara heard the woman’s heartbeat accelerate in response. With a valiant effort, Kiara swallowed her huff of annoyance.

The back of the stage was dimly lit. Ryn kept Kiara’s hand in hers as she led the way, deftly avoiding the few other performers who loitered about, waiting for their turns on stage.

“We have to go,” Kiara repeated. She spoke more loudly now that they were away from everyone else.

“I heard you the first time.”

“Then what are we doing?” Kiara’s fingers curled perfectly around Ryn’s. She wanted to yank her hand free. She wanted to kiss the spot where they fit so well together.

Ten years. Surely ten years was long enough for feelings to fade, for the memory of what they had been to dull. She shouldn’t feel the bright hurt, the greedy hunger, as though it had been yesterday.

In the back of her head a siren screamed, a warning that she didn’t have time for this. Kiara’s grip on Ryn’s hand tightened involuntarily.

“I’m not leaving it. There’s five thousand dollars’ worth of equipment in there.”

“Ryn, you heard me. The Huntsmen are here.”

“Maybe.” They reached a set of lockers, and Ryn wriggled her fingers free of Kiara’s. “Aren’t you the one who told me they’re a myth? Do you really think they’d show up in Vancouver? At a drag king show?” But even as she spoke she opened the locker door and pulled free a large duffle bag.

“Werewolves are supposed to be myths, too.”

“And yet,” Ryn conceded. She slung the bag over her shoulder. “My bike is out front.”

Is that little except not like–everything?! I am new to this series, having only had a chance to read Huntsmen, but gosh did I love every intense second of it. This book has a great balance of pace to it and I enjoyed the way the author keeps us with Kiara throughout the book. It made the suspense and action scenes more surprising.

Despite the seriousness of the sudden appearance of the Huntsmen the author gives us a nice balance of romance, steamy loving, funny and relaxed scenes thrown into the mix. As The intense, at times timid and always on the alert Kiara is forced to revisit her past and still lingering feelings and attraction to Ryn. It’s clear that Ryn’s laid back, tough and effortlessly suave personality and demeanor is the only that can penetrate Kiara’s armor.

Her cousin, Jamie and her brother, Cole are a great support system and the importance of her pack, the GNAAW rules and her family ring true but in the Huntsmen the reader gets to see that Kiara’s character isn’t as narrowly minded or rigid as she seems on the surface. Especially when it comes to the one person that rattles her down to her core.

Today I’m joined by Michelle Osgood, author of Huntsmen. Hi Michelle, and thanks! Could you tell us a little about yourself, your background, and your current book?

Hi! Thank you for having me. I’m a queer romance writer from Vancouver, BC. My first novel, The Better to Kiss You With, was a F/F paranormal romance published by Interlude Press in 2016. Huntsmen, the next book in the series, is a F/NB romance with a bit more of an urban fantasy feel, and follows Kiara, the Alpha-designate of her werewolf pack as she’s forced into hiding with her genderqueer ex-lover, Ryn.

My writing goals for this year are my most ambitious yet. I am planning to write the next two books in this series – Book 3 and Book 4 – and I’m very excited / a little terrified. I work exceedingly well when given firm deadlines, and I am hopeful that giving myself two, one in June and one in December, will cause me to rise to the occasion. It’ll definitely be a challenge, but life’s no fun if you’re not a little terrified all the time, right? No? Just me then 😉

Book 3 will focus on Nathan and Cole, who we’ve seen in both The Better to Kiss You With and Huntsmen. I am really looking forward to getting to know these two characters better, and to get to play with the chemistry I have built between them. This will be my first time attempting dual POVs, so wish me luck!

Book 4 brings us back to Jamie and Deanna – and Arthur! Echoing The Better to Kiss You With, technology will play an important role in this story. Book 4 will be the last one in the series, and I’m both dreading and anticipating the end. It will be hard to say goodbye to this ‘pack’ of characters after so many years together. The great thing about being able to write a series though, is that I have been able to stick with them for as long as I have!

One of my favourite things about being able to write sequels is the ability to play around with the characters and the dynamics between them – if I wonder what a scene between Cole and Deanna would look like, I get to write it! It’s so fun to play characters and relationships off each other, and some of my favorite scenes in my books so far are between characters I haven’t brought together before.

And as with every year, my smaller writing goals are just to write more. Two novels will certainly accomplish this, but I’d also like to do some writing just for fun, and if I’m not swamped with queer werewolves I’d like to set some time aside to write some fanfic. Which may also include queer werewolves, now that I think of it…

Michelle Osgood writes queer, feminist romance from her tiny apartment in Vancouver, BC. She loves stories in all media, especially those created by Shonda Rhimes, and dreams of one day owning a wine cellar to rival Olivia Pope’s. She is active in Vancouver’s poly and LGBTQ communities, never turns down a debate about pop culture, and is trying to learn how to cook. Her first novel, The Better to Kiss You With, was published by Interlude Press in 2016.

Huntsmen is available from Interlude Press on April 13, 2017. Connect with author Michelle Osgood at michelleosgood.com; on Twitter @OsgoodMichelle; and on Facebook at facebook.com/osgoodmichelle.

Thanks so much for stopping by and reading up on Huntsmen by Michelle Osgood. 🙂 Be sure to check out the book and the series today!