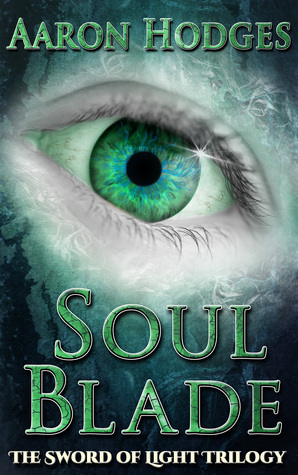 With the first book in this series, I read through the book on my own but since listening to the last two installments via audio, I’ve gained a greater level of appreciation for the evil and darkness that’s spread out across the three nations. David Stifel really makes Archon and his demons a fearsome prescience in this series and he brings a level of true remorse and torment to Gabriel’s character that I think readers vs listeners may not always feel.

(As I mentioned before) I was not originally a fan of Gabriel’s character in the beginning, but I found myself warming up to him as the series progressed and the listener (reader) discovers his true role and connection to Eric, Anala and the sword of light. Without giving too much away with what is reviled in the final book, I must admit that I liked that the author finally brings Archon out of the shadows (sort of speak) and gives the listener (reader) the opportunity to not only see his perspective on the the war but also hear more about the past and chain of events that set the war and his revenge on the gods and the three nations into motion.

I gave this book 3 stars because I found book two was a bit quicker in pace and had a bit more action. Book three has it’s own level of magic and fight scenes, but there was a greater level of explaining and tying up loose ends in the narrative that did not excite me as much as the previous book. Overall, this was a pretty strong YA fantasy/adventure series with a great balance of good and dark magic.

I am finally over my cold and have reorganized my posting schedule, so watch this space :).