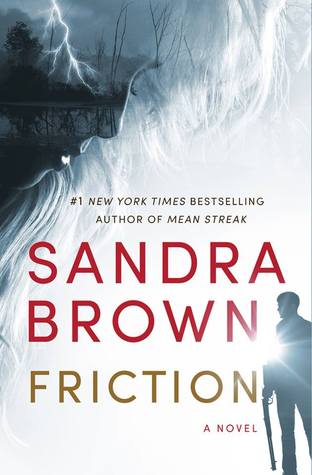 Whenever I have a non-favorable review for a book, I try to take some time before writing a bunch of negative things so that my point of view does not come across as skewed or bias. However, I still managed to come to the same conclusion: this book was just a badly written romance novel with a speckled crime/mystery theme throughout the narrative.

Given the synopsis of the book, you’d think it would be the other way around. With the prologue anticipating her appearance at a murder scene I was really, really excited to see what was going to happen next. Not to mention a thrill-ride that the courtroom shooting started to build upon. But there were just too many pit fall blunders to get over or ignore.

For instance, the police department and the lead detective on the case? They’re a joke. These people couldn’t find their way out of a paper bag. 😐

It was no wonder Neal Lester’s his chief wanted someone else brought in to handle the case. He literally had a mountain of evidence and enough suspicion to follow the trail toward Ottoman, but he blatantly and continuously ignored it. Holly even brought it up to his face, which perplexed me because as a judge, I’m pretty certain she has a way to pull rank and press charges on him for hindering an investigation, but I digress.

Second, the exposition is enough to make you want to pull your hair out.  Third, the main character, Crawford Hunt is stereotypical grunt of a man or what is supposed to be, I guess perceived as the macho, struggling hero type nearly the moment we’re introduced to him. Crawford’s character is actually an extremely possessive and controlling and acts like he’s a martyr.

As the story goes on, we see that he is actually a pretty reckless, power pushing, control freak when it comes to the courtroom case and the custody battle over his daughter, Georgia. My desire to see things through for Crawford dwindled with each page and with it Judge Holly Spencer’s likeability, integrity, the focus on her career and foreseeable future. Nearly every scene between these two, Holly’s character practically goes week in the knees whenever Crawford is around, which is pretty ridiculous—she just met the guy—and casts an even bigger misogynistic cloud throughout this entire book.

This aspect is most upsetting because Holly isn’t some lovesick teenager or a flighty, non-educated woman hung up on a guy she’s known her entire life and whose only purpose in life is to be together with him again. And yet…

All in all, if this was strictly a romance novel, then yeah, maybe I think it does an O.K. job of incorporating all of the predictable plot points—maybe. Ranked with all of your anticipated stereotypes and comical tropes (I mean this book is basically stitched together with them.) I am the way that I am because: dad was a drunk/parents divorced. Son-in-law and father-in-law can’t see eye-to-eye because the father never wanted his daughter to be with or married to Crawford (nothing to do with Georgia well-being or care, by the way. When it’s all about her and not them.)

And in all honesty, I didn’t really find *spoiler* the fact that Grace cheated on Crawford that big of a deal. Why would that matter if he took care of her and loved her as his own? And so what if it was revealed in court. Does that information often get plastered on the front pages of newspapers?

To top it all off, the book’s pacing through five consecutive days (and over 400 pages) was like watching an extremely slow domino effect be mapped out in detail, seeing the actual trail collapse and then reading about the recap. The saddest part is, I don’t even know who I would recommend this book to even if I liked it. I haven’t read anything else by Sandra Brown, but I might look into other material she’s done. If just for the sake of finding something I can write a positive review about.

Thank you so much for reading.

One thought on “Book Review: Friction by Sandra Brown”