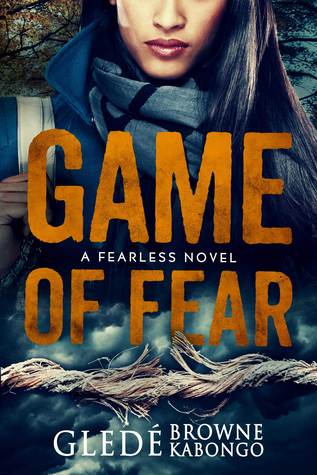 Constructively, I had trouble coming up with a rating for this book as I did like a majority of the dialogue, Abbie and her close circle of friends and the fact that Abbie’s character was trying to hide the fact that she was once addicted to Adderall. On the other hand, I struggled with the overall narrative plot and the characterization of the characters in this book.

I like that Abbie is funny and smart and meticulous when it comes to her school work, grades and college applications, but I must confess that nothing about her immediately life, or experiences show cause or reason for me to feel 100% apathetic toward her or the situation she’s in. Throughout this book, I was entirely rooting for the blackmailer to expose her and bring her down a few pegs because her character is hypercritical, self-centered, a bit petty, and clueless.

It was obvious that Sidney was not the blackmailer, but Abbie continued to act like a stubborn dog with a bone. It was even more annoying to see how Abbie would flip back and forth between her “sympathy” for Sidney’s life and the possibility of her innocent to her insubstantial theory that Sidney is the person she’s looking for. And the author seems to plunge the reader into this back and forth, drawn-out cat and mouse game of an entitled and rich character who is entirely deserving of being outed to the world as someone who’s taken drugs.

Abbie’s rejection of the lavish, high-society and her good-girl attitude would be more believable if she weren’t one of the elites herself. She is literally like the poster child for rich girl rebel.

I’ve admitted that this story has it’s ups and down—Abbie and her strong girl squad were well worth the attention given to them—but the platform for the rest of characters seemed a bit rudamentional. Her blackmailer turns out to be the boyfriend of one of her best friends whose sole motivation for blackmailing Abbie was to get money for his gambling debt because his rich parents cut him off. I’ll let you sit on that plot twist for a second.

I sincerely considered this book to be comedic parody to life halfway through it. Abbie’s character and the entire narrative would have benefited from seeing Abbie’s character struggling with the Adderall addiction and then have her trying to cover up her tracks because as it is now she just comes across as whinny. I would have loved to see Abbie’s character truly at her lowest point and work her way through that. Even the school’s popular it girl/flirt/mean girl, Sidney shows more relatability to the reader at her low point.

Notable mentions: I liked how Christian’s character was portrayed at the beginning of the book (but only then) and I also like Ty and Abbie’s close friendship in this book.

Lastly, I was left with a few questions about the context of Abbie’s supposed “one time mistake.” If she was admittedly addicted to the drug in the past and was constantly taking it, than it technically wasn’t just an isolated event. What’s more, in the prologue it’s worded as if Abbie were looking to sell the drug, not take it herself.

Also, the discrepancy around the part regarding Sidney’s sexual assault by an older and married man; these characters are all sophomores/juniors in high school and under the age of eight-teen. Making it statutory rape and regardless of the man’s threats toward Sidney, there should have been nothing to prevent her from freely going public with what happened.

Gledé Browne Kabongo writes intense psychological thrillers—unflinching tales of deception, secrecy, danger and family. She is the Amazon Bestselling Author of Game of Fear, Mark of Deceit (Eye of Fear Anthology), Swan Deception, and Conspiracy of Silence. Her love affair with books began as a young girl growing up in the Caribbean, where her town library overlooked the Atlantic Ocean. She was trading books and discussing them with neighbors before Book Clubs became popular.

She holds both an M.S. and B.A. in communications, and worked as a freelance news reporter right out of college. After she abandoned the dream of winning the Pulitzer Prize as a reporter for the Boston Globe, she jumped into marketing management for over a decade. Gledé lives in Massachusetts with her husband and two sons.

I received a copy of this book in exchange for an honest review from:

Thank you all for reading.