Welcome to the Bluescreen (Mirador #1) Book Tour hosted by FFBC. Be sure to follow the full Book Tour Schedule and the other posts 🙂. 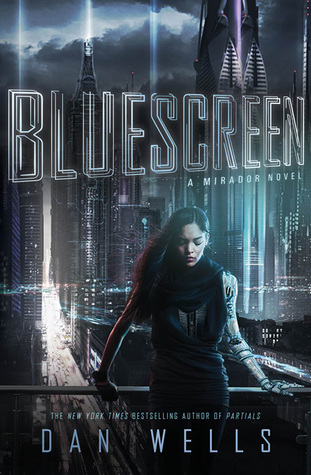 Los Angeles in 2050 is a city of open doors, as long as you have the right connections. That connection is a djinni—a smart device implanted right in a person’s head. In a world where virtually everyone is online twenty-four hours a day, this connection is like oxygen—and a world like that presents plenty of opportunities for someone who knows how to manipulate it.

Marisa Carneseca is one of those people. She might spend her days in Mirador, the small, vibrant LA neighborhood where her family owns a restaurant, but she lives on the net—going to school, playing games, hanging out, or doing things of more questionable legality with her friends Sahara and Anja. And it’s Anja who first gets her hands on Bluescreen—a virtual drug that plugs right into a person’s djinni and delivers a massive, non-chemical, completely safe high. But in this city, when something sounds too good to be true, it usually is, and Mari and her friends soon find themselves in the middle of a conspiracy that is much bigger than they ever suspected.

Dan Wells, author of the New York Times bestselling Partials Sequence, returns with a stunning new vision of the near future—a breathless cyber-thriller where privacy is the world’s most rare resource and nothing, not even the thoughts in our heads, is safe.

I was really, really excited for this book. I read about it’s up coming release last year and I was basically counting down the days until I would be able to read it. I am not familiar with Dan Wells’ Partials series, but I liked Bluescreen and I’m giving it 3.5 stars.

This mainly has to do with pacing, as it took several pages for the story to really take off in my opinion. It also took a little while to connect to the concept and the characters, but I chalk that up to world building. Since the book is set in the future and in a world technologically and seemingly politically different (but not by much) than our own it took a hot second to adjust.

Marisa’s character starts off as a bit self-absorbed and a tad bit annoying, which actually made her character shift in the middle of the book mean so much. Without a doubt, Marisa’s love for her family and concern for her friend’s well being is definitely the driving force in this book and so worth sticking around for.

As the story progresses, it seemed as though Marisa’s alter ego from Overworld began to seep out into the real world and suddenly her bravery and almost fearlessness takes over as she and her friend attempt to track down the mysteriously lethal creators of Bluescreen.

It was great to see Marisa’s Overworld team came together in the real world to help her out. Out of all of her friends, I think I enjoyed Bao the most for his anti-tech or Djinni perspective because he definitely came across as being the smartest and most protected amongst his group of Djinni friends.

In a world, were there was a mysterious virus on the loose that could infect a piece of tech implanted inside of your head? *shivers* I would definitely want Bao on my team. As out there as this tech concept is, with the way people are pinning for and in search of the latest and hottest tech in the present, I kind of feel like Marisa’s world, could likely be our not so distant future.

For a gamers /coders/hackers based story concept, I was surprised at the amount of politics interwoven within this narrative, but I’m interested in what Marisa and her friends go up against in the books to follow in the Mirador series.

Dan Wells is a thriller and science fiction writer. Born in Utah, he spent his early years reading and writing. He is he author of the Partials series (Partials, Isolation, Fragments, and Ruins), the John Cleaver series (I Am Not a Serial Killer, Mr. Monster, and I Don’t Want To Kill You), and a few others (The Hollow City, A Night of Blacker Darkness, etc). He was a Campbell nomine for best new writer, and has won a Hugo award for his work on the podcast Writing Excuses; the podcast is also a multiple winner of the Parsec Award. 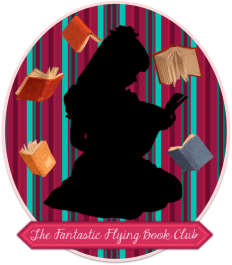 Thank you guys for sticking around and reading my review.