The Mark Of Noba  By GL Tomas

The Mark Of Noba By GL Tomas (Book #1 of The Sterling Wayfairer Series) Cover by: Alice Bessoni Available for purchase on Amazon

In preparation for a slightly long-winded review, I’ve opted to put all the main details at the top of this post instead of at bottom since this story and series has a lot of context to it. I also decided to include the full Goodreads synopsis instead of a short, piecey and inconclusive one below:

Sterling Wayfairer has one goal for his senior year: make his mark. He’s been slipping into the background his whole high school career—distracted by his mother’s mental health, unsettled by the vivid dreams that haunt him at night, and overshadowed by the athletic accomplishments of his popular best friends. But this year is going to be different. He’s going to break a few rules, have some fun, and maybe even work up the nerve to ask his crush out on a date. But things don’t go exactly as planned. Students are disappearing, Sterling starts losing time, and it all seems to center around Tetra, a girl no one else seems to notice but him. When he finally tracks her down for answers, they aren’t what he expects: He and Tetra hail from a world called Noba, and they’re being hunted by a Naga, a malevolent shapeshifter that’s marked them for destruction. Tetra and Sterling have distinct abilities that can help them fight back, but their power depends heavily on the strength of their bond, a connection that transcends friendship, transcends romance. Years apart have left their bond weak. Jumpstarting it will require Sterling to open his heart and his mind and put his full trust in the mysterious Tetra. If he doesn’t, neither of them will survive…

I was lucky enough to have received my copy of The Mark of Noba through a giveaway from the authors of the book, GL Tomas. With out a doubt, anyone can sit down with this book and not realize they’ve been reading for six or seven hours without stopping. 0__0 I do not want this to turn into an essay or anything, but there were a lot of things that were so great about this book.

The GL Tomas duo have fashioned a realistically believable, angsty yet pleasingly comical Young Adult/ Science Fiction story that takes place on an alternate Earth-like planet called Geo. The authors were smart to not only give us First Person POV, but give us the story from both Tetra and Sterling’s POV so the reader is able to immerse themselves in the story from two different angles without any of the mystery or the story being blatantly obvious or ruined. In addition, the reader will not feel ridged or confided to feeling like they’re reading a YA fiction that’s just for boys or just for girls.

I thought it was funny that when I got to the back of the book, the writers ask the reader which team they were on, #TeamTetra or #TeamSterling, but as it goes back and forth between the two of them in the book I found that I couldn’t just choose one side. The writers do a great job at exploring each character individually as well as they do a unit.

Without giving too much away, I do not want to say that Tetra and Sterling end up as a couple, because they aren’t. It’s just that while reading this book you get to see something so genuine; their relationship and connection is so much more than words. The two of them have this amazing bond {do you see what I did there? 😉 }

If you are the type who enjoys reading/watching a thing/a connection between two people grow, I guarantee you that The Mark of Noba is the book for you.

Moreover, it you are the type of reader who just enjoys reading about characters whose friends, family, or their life in general takes comedic jabs at them, then this is the book for you.

Sterling’s character is clearly the reader/audience of the book as we, like him leave normal, or what we perceived as the norm, after officially meeting Tetra in the book. And although the POV goes back and forth between the two, in Tetra’s POV the reader is not privy to all the answers that Sterling (we) has through out the book. With him, we get to revel in his actions and reactions because he’s basically an average senior at CCI (City Collegiate Institute) that you cannot help but root for while simultaneously laugh at.

Tetra’s character on the other hand is clearly the objective voice in the book  for the reader as she contradicts the social standards and restrictions in Geo that parallel our own.

Needless to say, often reading Tetra’s POV was one of my favorite parts about The Mark of Noba because she strips away and exposes the baseless and fallacious foundations of nearly every reason or excuse Sterling presents to her for ‘how’ or ‘why’ things were the way that they were on Geo, particularly in regards to gender.

Which completely differentiates from Tetra’s home planet, Noba, where its people function in a way that wasn’t rooted with gender barriers, a person—no matter who—is defined by their skill set and their skill set alone.

I am known for my over analyzing things—

but there were a lot of great things about this story.

However, there were a few things about this book that I did not like or felt if-y about but they DO include spoilers, so if you want to continue with a spoils-free impression about The Mark of Noba, then please stop here.

Okay, I did not like Kip and Tetra together, like at all. I was 100% #TeamSetra from start to finish. I mean everyone knew that Sterling was in love with Tetra except Sterling (which I thought was adorable) but I also got the feeling that Tetra was only with Kip because she promised Sterling to be a ‘normal’ high schooler and go to school everyday. Her being with Kip felt like a “beard” situation.

Do not get me wrong, I liked Kip especially after learning he truly had feelings for Tetra and my heart broke when I learned the Naga had killed him. That was so sad!! ;-(

I did not like learning that Sterling’s mother’s condition was a result of Tetra’s Phantom Riding (hope that’s the correct term for it) That was really sad to get through, but like I said earlier with both of their POVs I understood them both and I just wanted to hug them. |-:

Things I wished for at the end:

I was kind of hoping that Waverly and Grey would join forces with Sterling and Tetra after they helped to kill the Naga. Talk about a dream team! XD

I was also kind of bummed that Tetra and Sterling’s memories had to be whipped from existence. Can you imagine? Seventeen, eighteen years of your life with a family member, a close classmate, or friend just evaporating… from your mind. Sure you’ll be okay but what about the person who was taken? Those cherished memories that only they have now will haunt them. 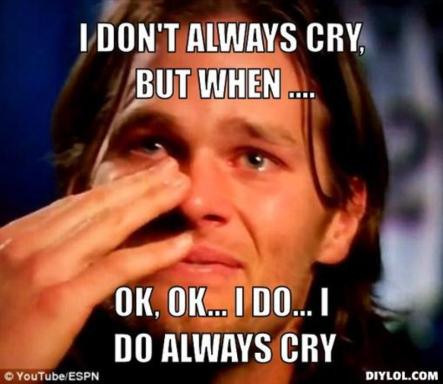 I KNEW Douglas was shady! After the senior trip and Sterling was hurt, I immediately thought, “ DOUGLAS!!” Because if everyone was to take the bus for the trip how did his sneaky butt magically have his car keys???!! 0_o Yes, I am aware that I could be over analyzing this detail. Moving on…

Earlier in the book I was aware that since Tetra said neither of them were from Geo, I assumed Sterling understood that his parents were not his parents, but after going back and looking at it I can understand that since he was so young and his memories weren’t all that clear how that realization slipped by him.

Well folks, if you haven’t already guessed it I enjoyed Book #1 of The Sterling Wayfairer Series: The Mark of Noba and I highly recommend you give it a read as well.

Thanks so much for reading. Until next time,

The Mark of Noba is available for purchase on Amazon.

One thought on “Book Review : The Mark Of Noba By GL Tomas”