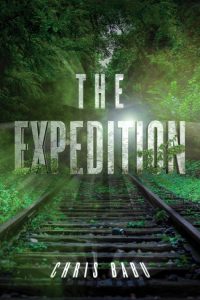 However, what put a strain on my reading experience of this book was how unfocused and off topic the story would get the further out Drayden and his group ventured. If I had to order the genres present in this book, teenage angst and romantic interest would come before adventure and dystopian fiction.

It was something I noticed in book one as well, but to its credit, it was one that had a much duller presence in the narrative. It isn’t an area that I mind but when it takes priority over the primary synopsis, it tends to have an awkward and unfocused feel to the story as a whole. On top of that, it began to make me lose interest in the journey Drayden and his friends were facing–which was actual life or death.

Subsequently, Drayden’s character replaces his obsession with his mother with an obsession over Catrice. To the point where it read as if he was too concerned about there being a woman in his life to look after him. BUT I give his character credit for semi-recognizing this self-flaw and the pressure he was putting on her and the future of their relationship–for however briefly before bouncing back.

Overall, I am curious to see how Drayden and the others handle being in unfamiliar territory while in Boston and (finally) discovering the truth about the Bureau and the society they grew up in. And I am also curious about a lot of questions that have yet been answered since book one: The Initiation.

Noting that Drayden’s mother was Korean-American with a really killer backstory as noted by him book one, I also would LOVE (and am hopping for) more diversity among the main characters in the book three and PLEASE more about his mom and the people from her inner circle. Those little bread crumbs were really just left out there in the dust and as a new reader, I just want to know more about those details.

Finally, what I hope the next book in this series gives to the readers would be along the lines of more action as the conspiracies unravel and the rebellion takes form and LESS teen drama among the four heroes of the story.

Chris Babu grew up in North Haven, CT, playing soccer and the violin in his free time. After devouring The Shining under the covers with a flashlight when he was eight, Chris was hooked on fiction. He’s always had a thing for young adult books. But he’s also a major science and math nerd—physics being his favorite—and he has a math degree from MIT.

For nineteen years, he worked as a bond trader on Wall Street, riding the subway to and from work every day. He traded mortgage-backed securities for Bank of America and then Deutsche Bank, where he eventually ran the MBS trading desk. Now Chris writes full-time, always with his trusted assistant Buddy, a 130-pound Great Dane, who can usually be found on his lap. They split their time between New York City and the east end of Long Island. Their omnipresence at home drives his wife Michelle and daughter Lily crazy. He can be found at chrisbabu.com.

Thank you all for coming on over to check out my post for The Expedition today ^_^.

2 thoughts on “The Expedition by: Chris Babu | Book Review”