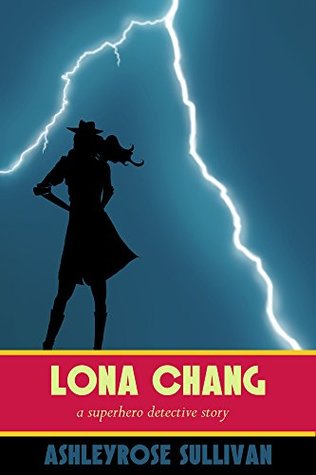 Moreover, the lukewarm temperature at which the action-narrative progressed, even with the high tension and fight scenes. And as I’ve mentioned I thought Lona’s overall character and role in this book was nice, it would have been much nicer to see her have a bigger part in the action, rather than be on the sidelines like a housewife.

The writer leaves one of the big mysteries surrounding Lona, her father and his journal unanswered in this book and gives the reader this hint that her father knows more about her abilities and her potential than even she can imagine. So, I was anticipating a bit more take-charge kind of turn out, but that is just my personal opinion.

Another thing I struggled with was the bullet point-like recall of events. This made it extremely difficult to develop any empathetic or emotional connections to the characters and the narrative.

Reading this book I could understand the dire situations and tension Lona, Awesome and the Guild Heroes were up against, but the reader connection just wasn’t there. Which makes it difficult to root for anyone side if you do not feel a connection to either.

Overall, I think the camaraderie between Awesome and his fellow hero colleges, as well as the secrets and challenges Lona and Awesome come across while looking into a particular incident involving someone close to them, will be enough to keep other readers’ interests piqued.

Originally from Appalachia, AshleyRose Sullivan lives in Los Angeles with her husband and their many imaginary friends. Her work has been published in places like The Rumpus, Barrelhouse, and Monkey Bicycle and her novels, Awesome Jones: A Superhero Fairy Tale and Silver Tongue are available from Seventh Star Press. She can be found at ashleyrosesullivan.com.

Thanks so much for stopping by today! Be sure to go and check out the other stops on this tour here.
Until the next post,
Gia.