Before we get into the weekend, I have a quick little post for ya! It’s the fourth and final book in the Dragon Songs Saga by JC Kang,  previously known as The Daughter Of The Dragon Throne, re-release book-day today! ^_^  Symphony of Fates takes readers on the final journey of Princess Kaiya as she fights to protect and restore the realm she loves. This historical, mythological, epic-high fantasy/adventure, sorcery fiction series is one you’re gonna want to jump into.  Here’s a bit about Symphony Of Fates: 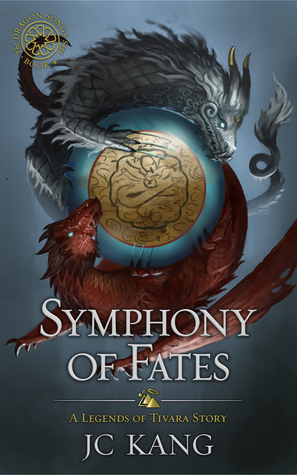 You can add Symphony Of Fates to your GoodReads TBR shelf today, or start reading the entire series right now via Amazon.