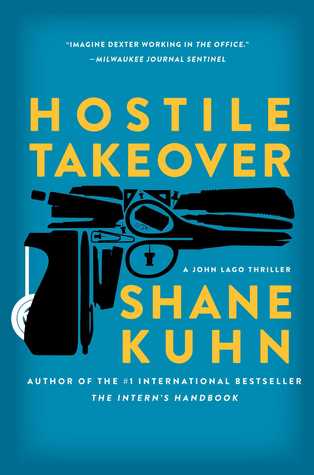 Despite my rating for this book, It started off pretty good. Light, funny and semi-self aware of itself. But, after the fourth/fifth chapter or so, the cocky, pretentious and self-glorifying of the main character, John, became extremely annoying. Thus, from then on, I just wasn’t feeling the story all that much. It’s a quick and easy read though, in it’s first person, short-handed form.

However, John’s recount of events seemed to drag on longer than the expected time each scene/memory logically needed it to. It came to the point where I just assumed the scenes were drawn out for the simple fact that he, John, liked the sound of his own voice.

Anyone reading this book for five minuets could basically guess how the story was going to pan out with the briskness and a bit abrasive approach with the dialogue and action/description lines—as it largely mimicked common Film/TV narrative practices—it was clear to identify the over used flashback-like interrogation set up in the beginning and so on.

I was surprised that several people compared this book/series to the TV show Dexter. I mean granted, I’ve only seen 3-4, maybe 5, episodes of the show myself, but I didn’t really get the comparison, as Dexter and John didn’t actually kill people for the same reason.

Regardless, a few readers of The Intern (book #1) have mentioned that they were not fans of this book either, but I am curious about how John’s character (and Alice) are perceived in the original story and will consider picking it up in the future. This wasn’t the book for me, but I did have a few people in mind who might have enjoyed it more than I did by the end.

Thanks so much for stopping by and checking out my review. 🙂